A New Pair of Black Sox 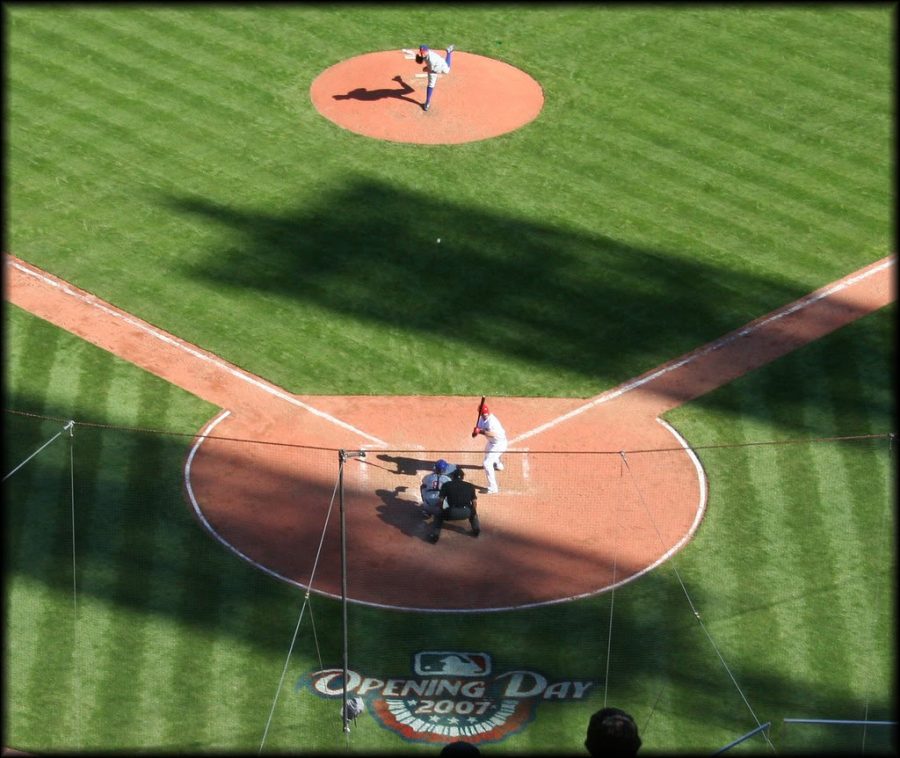 "Josh Hamilton" by Erik Eckel is licensed under CC BY-NC-ND 2.0

As Opening Day inches closer, questions arise on how much did or how much could the MLB have done to prevent this from happening again?

From the infamous 1919 Chicago “Black Sox” scandal that ruined the careers and legacies of players like “Shoeless” Joe Jackson to the PED and steroid scandals of the 1990’s and 2000’s, baseball has had a few major cheating investigations over its many seasons as a professional sport. Yet, recently, new allegations have rocked their way into the news within the past month as the Houston Astros baseball team and organization have been accused by several people of using various techniques to steal signs and give their batters an advantage over other teams.

Having been described a culture of ball players that worked together to cheat and give themselves an unfair advantage while at bat. Fiers illustrated the system as such: First, a camera placed in center field provided an opportune position to view the signals being relayed between the opposing teams catcher and the pitcher. Second, a monitor in the Astros dugout showed live feed from the camera place out in center field permitting Astros players to view the pitch signals being given. Third, said players in the dugout would use multiple ways to notify the batter what type of pitch would be coming, most commonly banging a trash can to produce a series of noises that would tip the batter off.

Such bold and far reaching allegations of a cheating scandal that would deeply ruin the integrity of “America’s Pastime” would of course need evidence to support it. Upon investigating it, the MLB and Commissioner Robert Manfred said in a written statement after a thorough investigation that, “Most of the position players on the 2017 team either received sign information from the banging scheme or participated in the scheme by helping to decode signs or bang on the trash can. Many of the players who were interviewed admitted that they knew the scheme was wrong because it crossed the line from what the player believed was fair competition and/or violated MLB rules.”

After these findings were made public, punishments were immediately handed down from the top down. Key perpetrators in the sign-stealing system such as Houston Astros skipper AJ Hinch and general manager Jeff Luhnow were suspended for the entire 2020 MLB season but would quickly be fired from their positions in the Astros organization by owner Jim Crane. Along with this, the Astros were to pay a fine of approximately five million dollars along with forfeiting their first and second-round draft picks in both the 2020 and 2021 MLB draft. But the firings didn’t stop in Houston. Boston Red Sox manager Alex Cora, the bench coach for the Astros during the 2017 season was released from his duties as the Red Sox manager soon after Hinch and Luhnow departed as well as the New York Mets firing their newly hired manager Carlos Beltrán for his role in the sign-stealing scandal. After the punishments were handed down, many asked, was it really enough for such widespread cheating? “I don’t think it’s the biggest deal, it’s wrong to cheat but you can’t change what they already did and I think the manager getting fired was fair and the fine was fair too,” said Noah Nieto (12), a former high-school baseball player.

Of course, there lies evidence in the simple statistics of many of the Astros players during the 2017 postseason under questioning. For example, Astros star second baseman, Jose Altuve (who won the American League MVP award that same year) posted a batting average of .472 while at home, an amazing average to have, yet only hit .143 on the road. Sure, it could just simply be the homesick jitters that all six-year veterans get, but this significant difference in the offensive numbers rears its ugly head in most Houston Astros player stat lines such as shortstop Carlos Correa (.371 home, .211 away) and third baseman Alex Bregman (.273 home, .154 away). This consistent change in batting average for star players raises the suspicion upon the biggest question to come out of the scandal, did the Houston Astros win the 2017 World Series because of the proven sign-stealing that was occurring?